The Cincinnati Reds (55-70) had their three game win streak snapped last night to late rally by the Milwaukee Brewers (70-57). The two teams will square off again tonight at 8:10 PM. The Brewers are now 0.5 games ahead for the first wild-card spot after last nights win, but there are four teams within 2.5 games of them.

Sal RomanoÃ‚Â couldn’t make it out of the second inning in his last start against the Indians, as he allowed 6 ER. He had pitched fairly well prior to that. Romano has a 7.43 ERA in 3 career starts against the Brewers. 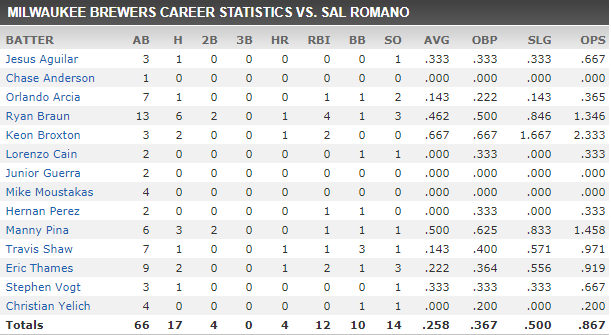 You can find the lineups here.