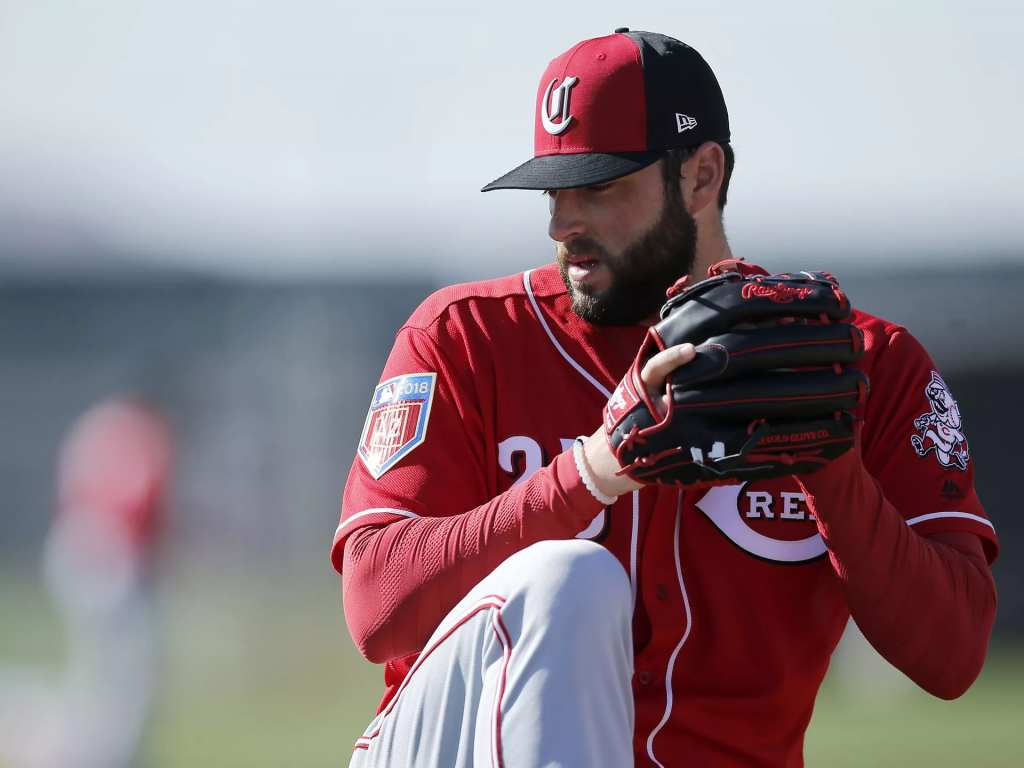 Much-heralded Shohei Ohtani will DH and bat second for the Angels. He has 6 plate appearances so far, with two walks, a single and a strikeout. He’s also pitched in one game.

Former Reds pitcher John Lamb, who the club acquired in the Johnny Cueto trade along with Cody Reed and Brandon Finnegan, is trying to make the Angels. Lamb (27) made 24 starts for the Reds in 2015 and 2016, but he struggled with back issues. The Reds traded him to the Tampa Bay Rays for dreaded “cash considerations” in November 2016. The Rays released Lamb two weeks later. He signed with the Angels as a free agent in January.

You might enjoy this new post from Jim Callis (MLB Pipeline) who has been visiting Goodyear. Mentions of plans for Nick Senzel and Hunter Greene among other things.

No one attempted a guess on yesterday’s trivia answer. The given answer was: Preston Claiborne, Rob Zastryzny and Jose Ruiz. The hint: Take positive spring training stats with a healthy dose of skepticism.

The correct question: Name the three pitchers Brandon Dixon has homered off of this spring.