The Cincinnati Reds (0-1) will host the Philadelphia Phillies on Opening Night in the Queen City.Ã‚Â The new tradition of the Reds having an Ã¢â‚¬Å“opening nightÃ¢â‚¬Â the game after opening day is a great idea. Fans who may not be able to snag an expensive opening day ticket still get to see the team rolled out as if it was the actual opening day.

The Reds are coming off a tough, 4-3 loss on Opening Day. It was the Reds first Opening Day loss since 2014. The Reds offense was held to just one run in six innings by Jeremy Hellickson, who continues to own the Reds and Joey Votto. The bright spot was the bullpen, who allowed just one run over 4.1 innings.

For the second time in two games in 2017, the Reds will have to deal with a sketchy weather forecast. 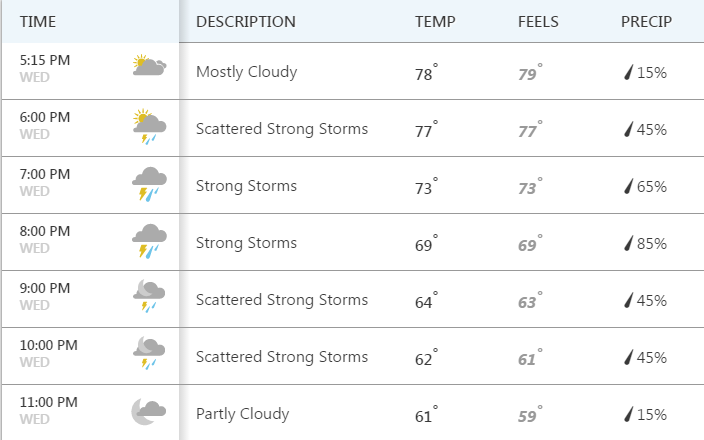 The following stats are 2017 ZiPS projections, with the exception of FBv (fastball velocity) from 2016:

Brandon FinneganÃ‚Â is coming off an inconsistent, but overall successful 2016 season. There was a huge gap between Finnegan’s 3.98 ERA and 5.19 FIP. There were times last season where Finnegan was dominant. He took no-hitters into the 7th inning against both the Cubs and Dodgers, the two last standing teams in the NL in 2016. The Reds are hoping for a breakout 2017 season from Finnegan, and if that were to happen it would certainly be the result of limiting walks and home runs. It is amazing that Finnegan is only 23 years old.

Eno Sarris of Fangraphs had a very positive report on Finnegan going into this season:

Jerad EickoffÃ‚Â was acquired in the Cole Hamels trade from the Rangers at the 2015 trade deadline. He made his MLB debut in 2015 with the Phillies, and made eight starts at the end of the season. Eickoff didn’t technically qualify to be a rookie in 2016, but his first full big league season was smashing success. He posted a 3.65 ERA/4.19 FIP, and if he had qualified for rookie status he would have been 4th in the MLB among rookie pitchers in fWAR at 2.9.

Eickoff features a low 90’s fastball, a slider, curve, and change. His curveball is his best pitch. Tonight will be Eickoff’s first career appearance against the Reds.

The Reds acquired Tyler Goeddel off waivers, a former first round pick from 2011. He will be sent to AAA. Steve Mancuso broke down the big news of the day. The Reds transferred Anthony DeSclafani to the 60-day DL to acquire Goeddel, meaning Disco can’t be activated until June at the earliest. Uh oh.

Other News and Notes

For the first time since 1886, this baseball year (2017) will not involve Connie Mack or Vin Scully. #MLBNetwork @ckamka

Does Joey Votto walk too much?

Our friend over at Red Reporter, and certified nut job Matt Allaire went around GABP on Opening Day in a Mountie costume asking Reds fans if Joey Votto walks too much. It is…..something.

You don’t want to start the season 0-2, right? The Reds next 10 games after this series are against NL Central foes, so you don’t want to dig a hole before that. I am expecting a big start from Finnegan tonight. The Phillies were 29th out of 30 teams in the MLB last season against LHP in wRC+ (78). I also expect a big night from Joey Votto who went 0 for 4 on Opening Day. Go Reds!