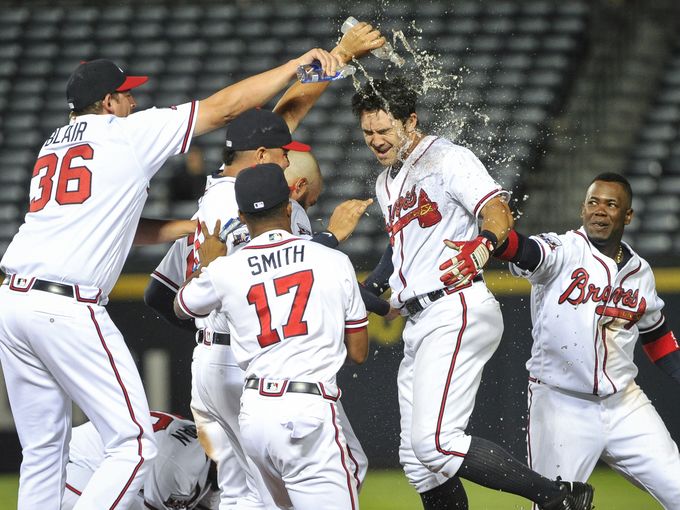 The Cincinnati Reds (26-40) will play the final game of a four game series today at 12:10 against the Atlanta Braves (19-46). The Reds will look to take 3 of 4 against the Braves, after losing a hearbreaker last night. The Reds lost 9-8 in 13 innings, despite leading 8-6 entering the bottom of the 13th inning. It will be a quick turnaround today, as last nights game didn’t end until after midnight.

Dan StrailyÃ‚Â has pitched better than anyone could have possibly expected through his first 11 starts (although I did write that I liked Dan Straily before his first start of the year against the Rockies). Straily has posted a 3.15 ERA despite an average fastball of less than 90 MPH. He is been exactly average in K/9, and has done an incredible job limiting home runs. He does walk a few more batters than he should, but overall you have to be happy with the production from Dan the man. His FIP does show that he probably won’t keep a low 3 ERA for long, but for just $512k, the Reds have found themselves a steal.

This will be Dan Straily’s first career appearance against the Braves.

Matt WislerÃ‚Â was born in Bryan, Ohio, which is west of Toledo. He was a 7th round draft pick of the Padres from back in 2011. Wisler was traded to the Braves right before the season in 2015 in the Craig Kimbrel deal.

Wisler posted good numbers up through AA. He made it up to AAA in 2014 with the Padres, and didn’t fare so well (5.01 ERA/5.14 FIP). Wisler was however the #34 prospect according to Baseball America at the start of 2015 when he was traded to the Braves. Wisler began his time with the Braves in AAA, and he did alright (4.29 ERA/3.30 FIP). He was called up last season on JuneÃ‚Â 19th, and has been in the rotation ever since (except for two lone bullpen appearances mixed in).

Wisler has been great at times for the Braves. In his debut with the Braves last year, he allowed just 1 run in 8.0 innings. In his final start last year against the Cardinals, Wisler put up this line: 8.2 IP, 4 H, 0 R, 1 BB, 3 K. Overall, his numbers through his first 31 big league starts aren’t great (4.56 ERA/4.81 FIP), but he certainly has a lot of potential.

Jay Bruce gets the day off. Eugenio Suarez is out the lineup for a second straight day. He did enter the game late last night. Price said yesterday that Suarez needed two days off for mental rest. 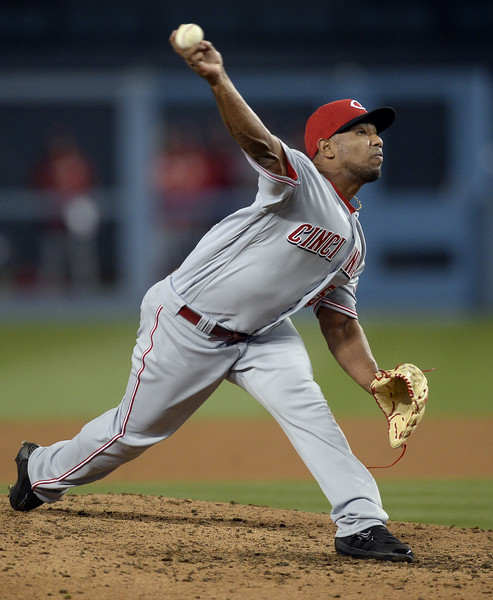 Dayan Diaz had an early flight to ATL today, expected by gametime

Joey Votto reached base four more times last night, and has now reached base in 16 consecutive games. Votto is now hitting .239/.370/.438 on the season. Votto has raised his OBP by 40 points since the beginning on June!

Price: "Simon was gonna be in that game – hell or high water – until that game was decided unless we decided we were gonna play 20." #Reds

Alfredo Simon recorded his 7th loss of the season last night. Simon now has a 9.45 ERA, which is by far the worst of any Reds pitcher in team history with 50+ innings.

Alfredo Simon's now 9.45 ERA is the worst in Reds history of any pitcher with 50+ innings. The next worst is 7.76 pic.twitter.com/yt28MNFhKQ

Alfredo Simon's ERA of 9.45 is the sixth-highest in history for pitchers with at least 50 IP. #reds #mlb #kinda

The move is official, Morris to DL, Diaz up. Price hinted there could be more tomorrow

The Reds haven’t won a series at Turner Field since 2009. Since this is the last year of Turner Field, they should probably try to leave town with a series win. You gotta feel good with Dan the man Straily on the mound today. Go Reds!