The Cincinnati Reds (1-0) will host the Philadelphia Phillies (0-1) for Opening Night in the Queen City. The new tradition in baseball of having an “opening night” the game after opening day is a great idea. Fans who may not be able to snag an expensive opening day ticket still get to see the team rolled out as if it was the actual opening day. The weather forecast doesn’t look promising tonight though (more on that below).

The Reds are coming off a thrilling opening day win. The Reds trailed for the majority of the game, but were able to score five runs in the 8th inning, and hang on for a 6-2 win. The Reds would love to get a series win, or even a series sweep before they move on to 9 consecutive games against the perceived top of the NL Central.

ProgrammingÃ‚Â Note: In addition to FOX Sports Ohio in Cincinnati, tonight’s game will also be on ESPN2 for out of town Reds fans.

The following stats are 2016 ZiPS projections, with the exception of FBv (fastball velocity): 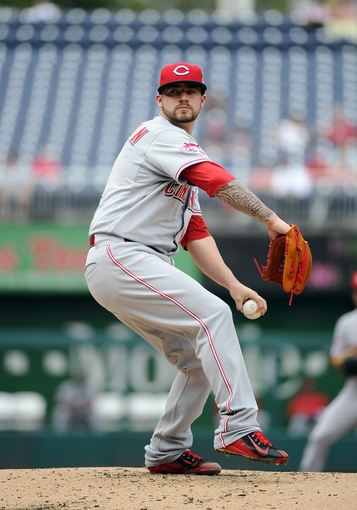 The #17 overall pick from the 2014 draft will get a shot in the Reds rotation to start the season. Finnegan has bounced back and forth between starting and relieving over his short career. The crazy thing about Finnegan is that he has only pitched a total of 139.1 innings of professional baseball. He of course pitched in the College World Series and the actual World Series in the same year in 2014.

FinneganÃ¢â‚¬â„¢s projections reflect 14 starts and 25 relief appearances. He is projected to strikeout a lot batters, as he has done throughout his career. His issue will likely again be walks. It is important to remember as mentioned above that he has only pitched 139.1 innings in professional baseball. The ceiling is certainly high for Finnegan, but there will likely be growing pains as he tries to get there. 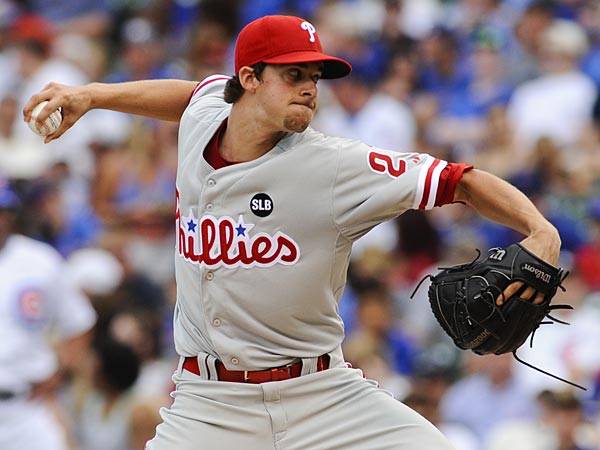 Aaron Nola is the Phillies ace. The only reason he didn’t start on Opening Day was because the Phillies wanted him to be able to start their home opener next week. The Phillies are expecting a big season from Nola, andÃ‚Â they will need it. Nola is the only Phillies pitcher projected to be worth more than two wins (using fWAR ZiPS projections).

UPDATE (6:41 PM):Ã‚Â Brandon Phillips is out of the lineup because of a stomach bug.

The Reds run the same lineup out for the second game with the exception of Scott Schebler replacing Adam Duvall. Schebler had a .799 OPS last season vs RHP (121 games at AAA, 19 in the MLB).

Scott Schebler gets the start in LF tonight for the Reds, he's the 33rd player to start in left since Adam Dunn was traded 8/11/08

The Phillies lineup is completely different than Opening Day. That probably is mostlyÃ‚Â to do with facing at LHP. The big guy missing is Ryan Howard. Manager Pete Mackanin said that he will platoon Howard with Darin Ruf at 1B this season. Howard had a .418 OPS vs LHP last season, while Ruf had a 1.107 OPS. Another player to watch tonight is Cameron Rupp. He had a .915 OPS vs LHP last season. Tyler Goeddel will be making his MLB debut tonight for the Phillies. He was picked up as a rule 5 draft pick from the Rays. He was the 41st overall pick back in the 2011 draft.

If you remember last year, Opening Night was a disaster for the Reds. The game didn’t end until 1:46 AM. We could be in for another long night if the Reds really want to fit this in. Here is tonight’s forecast. Yikes.

It was only one game, but the Reds bullpen was terrific on Opening Day. The Reds bullpen was the consensusÃ‚Â biggest weakness of this team heading into the season. It certainly still could be a major weakness, but you can’t start any better than they did.

Disco back in action

Anthony DeSclafani threw a simulated game today before batting practice. The Reds are hoping he can start on Sunday, and reports say everything went well and he will be ready for Sunday. Mark Sheldon reported that DeSclafani said he has felt pain-free for a week.

The Cubs and Pirates are both off to 2-0 starts. Rizzo, Fowler, and Szczur all homered last night for the Cubs, and they beat the Angels 6-1 to complete a 2-game sweep in Los Angeles. The Pirates got a walk-off single in the 11th inning from Jordy Mercer to beat the Cardinals. The Cardinals will look to avoid getting swept in Pittsburgh to start the season tonight at 7:05. The Brewers avoided a sweep to the Giants this afternoon with a 4-3 win.

I am excited to see Brandon Finnegan get a chance to start the year in the Reds rotation. I know his spring was less than awesome, but this guy has a lot of upside. I’d love to see him develop into a nice starter for the Reds, because that would make the Reds future rotation even better. I’d also enjoy a Reds win tonight, and 2-0 would be pretty cool. Hopefully the bad weather goes away. Go Reds!